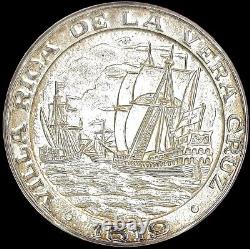 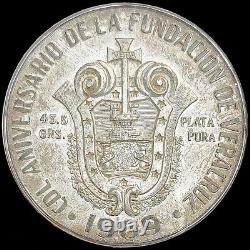 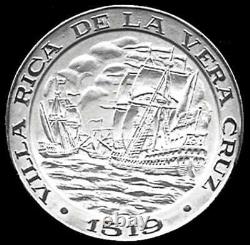 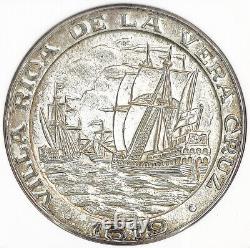 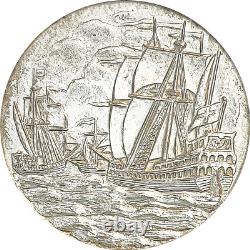 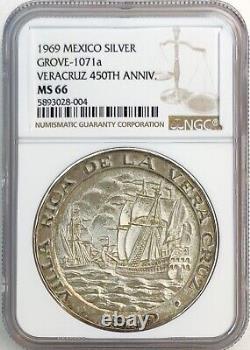 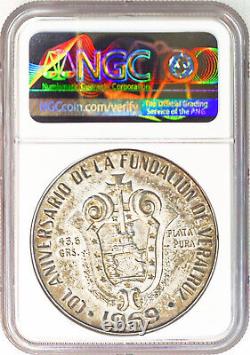 NGC: Mint State - 66? 45 MM Grove 1071a Coin Weight 43.5 grams Plata Pura (Pure Silver). The Mexican state of Veracruz was named by the Spanish explorer Hernán Cortés, who landed at the beach of Chalchihuecan on April 22, 1519.

It was Good Friday, which the Spanish also referred to as the day of the Vera Cruz or True Cross. The Spanish first arrived in Veracruz in 1518 under the command of Juan de Grijalva. The expedition also included Bernal Diaz del Castillo, who later became a champion of indigenous rights.

Because the first expedition detected the presence of gold in the region, a second expedition under the command of Hernán Cortés was launched in 1519. It was during this expedition that Cortés disembarked and founded the place he and his men called Villa Rica de la Vera Cruz or the Rich Village of the True Cross. In the mid 1500s, massive amounts of gold and silver were harvested throughout the state. This item is in the category "Coins & Paper Money\Coins: World\North & Central America\Mexico\Mexico (1905-Now)".