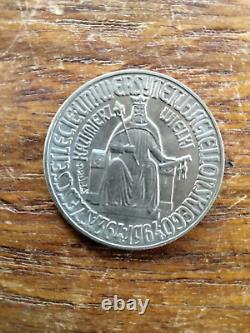 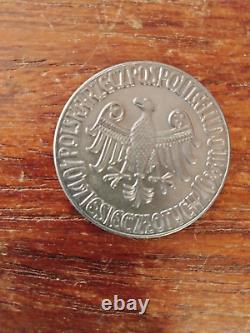 During his reign the country was expanded and made more prosperous. The military was strengthened, while at the same time the legal system was made more understandable and fair.

He confirmed privileges and protections for Jews, and encouraged them to settle in Poland. This 1964 coin celebrates the great king's founding of Jagiello University in 1364.

Located in Krakow, it remains the second oldest (to Prague University) in Europe. This rare, historical coin celebrates both Casimir the Great and the ancient university he founded, Jagiello.

It is brilliant and shows almost no evidence of circulation. This item is in the category "Coins & Paper Money\Coins: World\Collections, Lots". The seller is "farnscharl" and is located in this country: US.